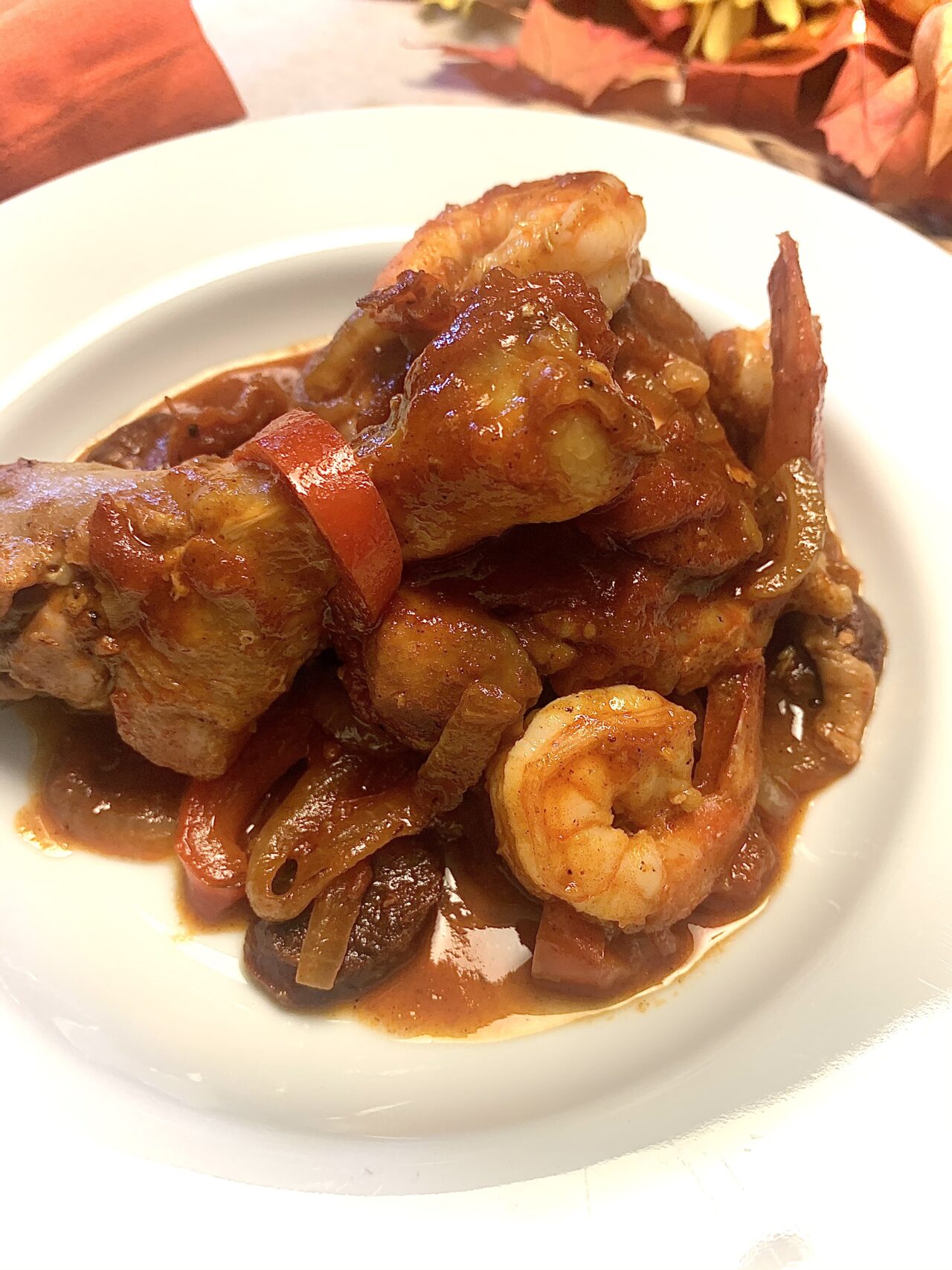 Back in the late 1980’s, I spent a glorious summer in the Basque Country of northern Spain that opened my mind, taught me a now seriously rusty new language, and opened my mine far more than my many years growing up in small-town America.  My host family there was wonderful and, I have countless memories of travel, touching history, tasting wine, eating around the table, and just learning what it’s like to live someplace foreign long enough that it starts to feel like home.

In recent years, I’ve been cultivating an interest in learning to cook Basque food, and have amassed a few cookbooks that promise to make it accessible to me outside of Spain, but so far I’ve just been dabbling in some Spanish flavors.  And that’s what I’m sharing here.  This is another braised dish.  They’re what I’m craving right now, so it’s what I’m cooking and this one uses Spanish ingredients such as peppers, smoked paprika, and cured Spanish chorizo.

Spanish chorizo is very different from the Mexican variety, and it might be difficult to find it in smaller towns. It’s readily available on Amazon and from specialty grocery websites and it’s a great, shelf-stable thing to have on hand.  I use it in several dishes because we love the taste.  Being out of my normal brand, I purchased a small package of Quijote Chorizo on Amazon and actually loved the results.  It was less desiccated than what I usually use, and I may be getting a couple more packages to tuck into my larder for later.

Tried this recipe?Let us know how it was!
Savory chicken, chorizo, dinner, peppers, shrimp, spanish paprika 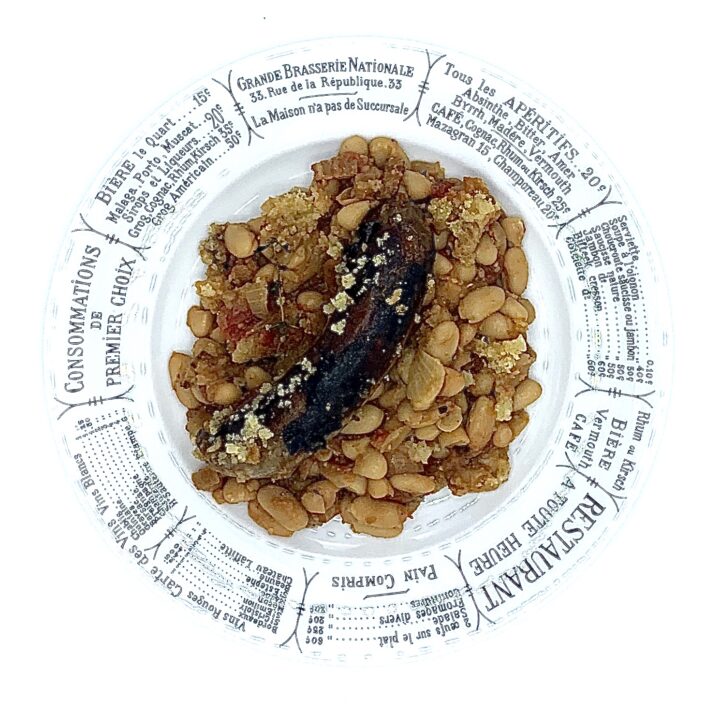 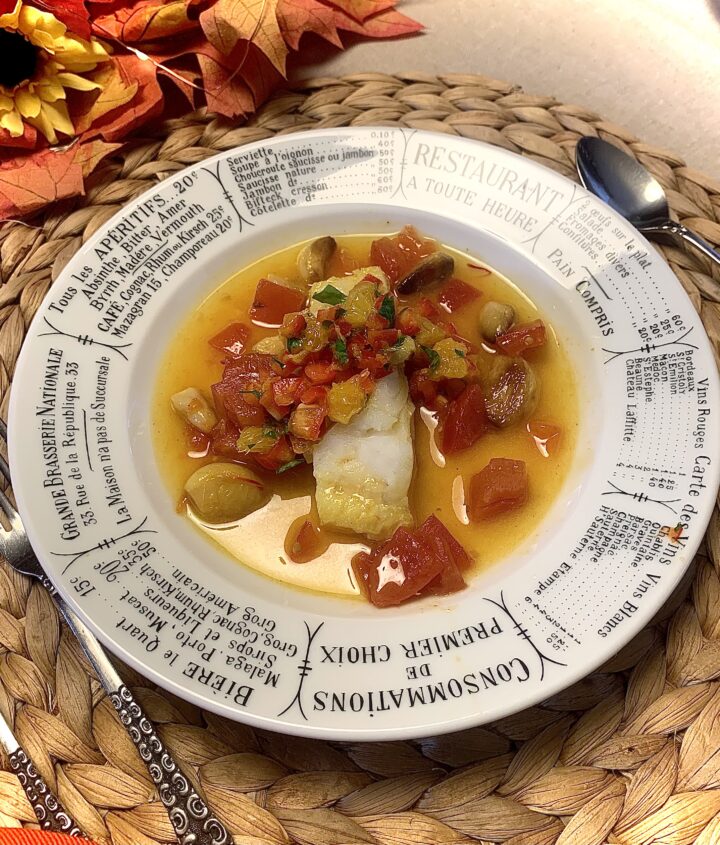 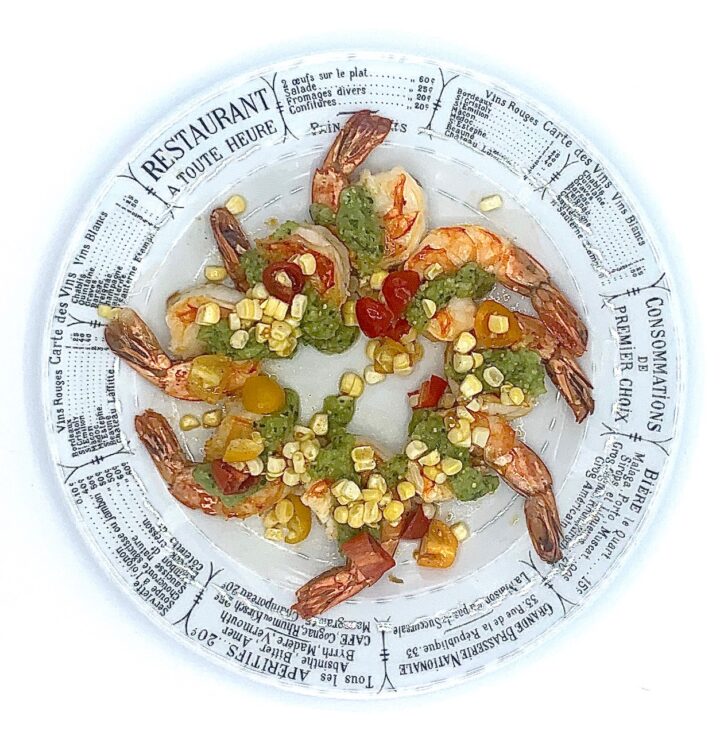